The Historical Topographic Map Digitization project was initiated by the Ontario Council of University Libraries (OCUL) Geo Community in 2014. It is a 2.5 year initiative to digitize and georeference early-to-mid 20th century historical topographic maps covering the province of Ontario at the scales of 1:25,000 and 1:63,360. The goal is to create and provide access to high-resolution map scans that preserve historical topographic information and meet the needs of current and future users.

The maps on the home page represent a sampling of the over 1000 maps in the historical topographic maps collection. Please select Full Collection below to view more.

Template by Bootstrapious.com & ported to Hugo by Kishan B

This is a georeferenced raster image of a printed paper map of the Ottawa- Gatineau District, Ontario region (Sheet No. 031G05-G12), published in 1939. It is the second edition in a series of maps, published between 1931 and 1953. Unlike most other maps in the 1:63,360 series, this map does not cover a single index tile; rather, it sits in the middle of two separate tiles.

The exact survey date for this map is not known. The survey was conducted using imagery taken by the Royal Canadian Air Force, as part of a national topographical survey originally commissioned by Department of Militia and Defence in 1904. This survey was completed by the Mapping Branch of the Department of Energy, Mines and Resources.

Hover over the map with your cursor to magnify an area, and scroll to zoom in and out 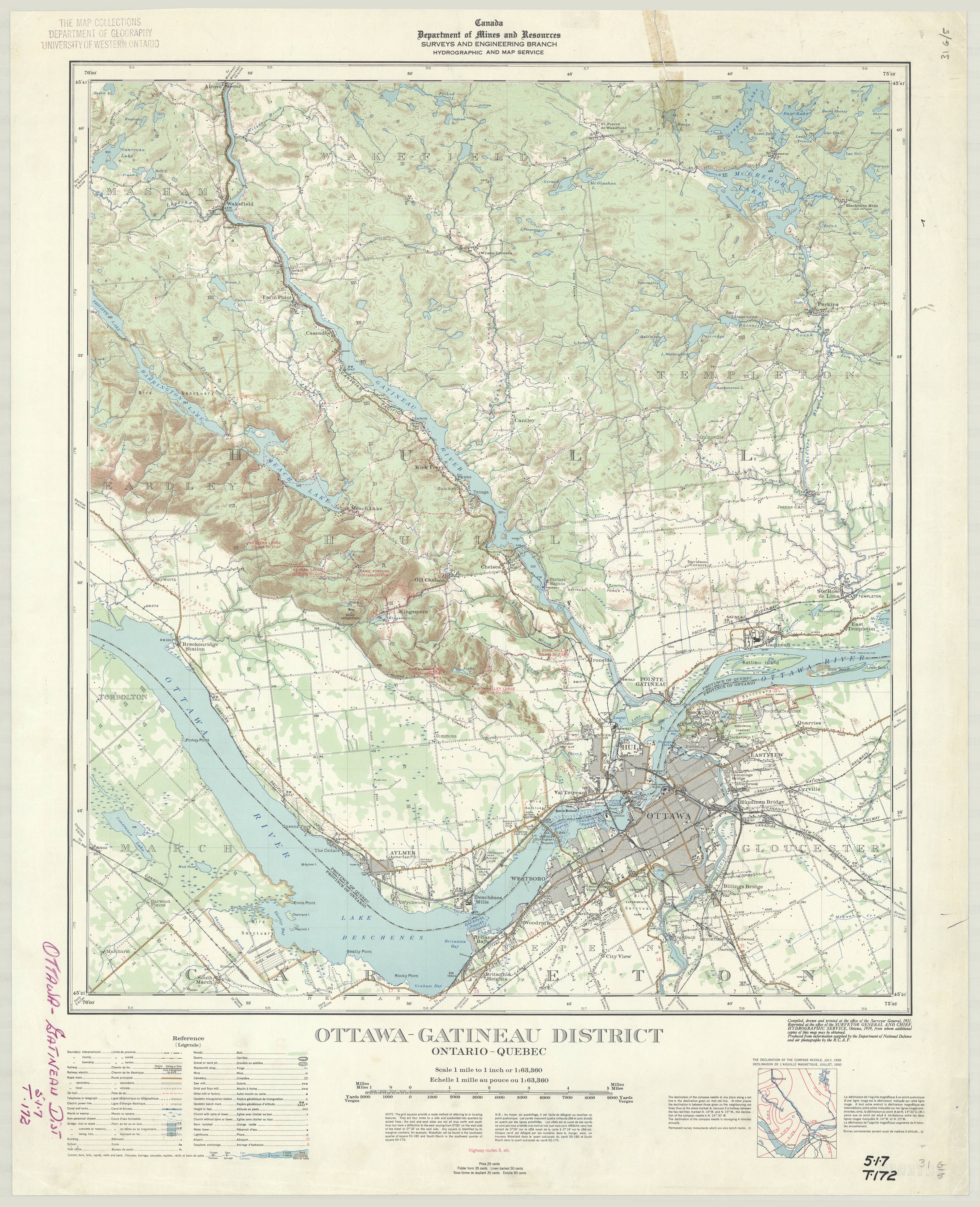